A Day in the Life of: Loren Healy

Legendary motorsports driver Mario Andretti once said, “Desire is the key to motivation, but it’s the determination and commitment to unrelenting pursuit of your goal – a commitment to excellence – that will enable you to attain the success you seek.” Loren Healy embodies these words perfectly considering he is just a few weeks removed from winning his second King of the Hammers, yet his focus is already on winning the next race.

Loren is a native of Farmington, a small town nestled in the northwest corner of New Mexico with stunning views of the Rocky Mountains. While it’s not exactly the entertainment capital of the world, Farmington is ideal for the off-road enthusiast. Born and raised here, Loren knows the backcountry well and it has become his personal playground since he got his first 4×4 in high school.

With his off-roading activities in mind, Loren built a house that is conveniently located across the street from an OHV area and just a short ride from the Choke Cherry Canyon trails, a spot where he can hone his rock-crawling skills. While most have to go through the trouble of loading up and towing their buggy somewhere, Loren simply has to open his garage and fire up the engine.

Having a family that supports you is great; having a family that has a passion for and enjoys doing the same things you do is even better. Loren and Savannah have been together for nearly nine years and have three children together. Finding the balance between work, racing and family is a challenge, but nothing that Loren can’t handle.

Despite the frigid cold temperatures, his two young girls, Saylor and Lyse, enjoy taking out their hot pink Ranger RZR and roaring up and down the trails behind the house. There’s definitely a little bit of Loren in Saylor, who truly has no fear when it comes to pushing the vehicle to it’s limits. Heck, Loren has already had to rebuild the motor due to the abuse it takes.

Mornings in the Healy household likely resemble those of any family with young children. It includes trying to get Saylor and Lyse ready for school while attempting to contain the energy of one-year-old Tyce. Savannah cooks up a pancake breakfast and after sharing a meal together, they all set off in their separate ways.

Off-roading as a hobby is not cheap, but Loren has worked hard to get to where he is today. He briefly left Farmington to go to college in Oregon where he played basketball and soccer on a scholarship. Unfortunately, a series of sports related injuries, including a knee reconstruction, forced Loren back to New Mexico where he completed a business degree in Albuquerque. After college, Loren originally intended to become a restaurant general manager but decided to make a switch feeling he wasn’t in the right industry.

Now nearly nine years later, the decision to change careers proved to be a good one. Loren is the manager at ProTechnics, a division of Core Laboratories that excels in oil and gas technologies. While he started out working in the field and handling the equipment, he now finds himself spending most of his time in the office. Much like racing, Loren is always prepared for the unexpected and that’s just one of the many qualities that makes him a successful businessman.

His company’s services are often in high demand for new drilling opportunities and that requires close oversight of his employees and the tracers they supply. Working with radioactive, chemical-water and oil-fracking tracers, this technology provides advanced image analysis, which ultimately paints a picture of what the underground landscape is like and if it is something worth pursuing.

For some, there is a competitive fire that burns deep inside of us. The desire to succeed and to be the best requires relentless commitment to the task at hand. You can’t expect to jump in an Ultra4 buggy with no preparation and to be competitive, let alone win. Several days a week you’ll find Loren doing intense strength training exercises at the local gym. The amount of physical strength it takes to manhandle a buggy during an event like the King of the Hammers often goes unnoticed, but it could prove to be the difference between 1st and 2nd.

Looking forward to the remainder of the 2014 Ultra4 season, Loren is very optimistic. For the first time ever in the Ultra4 series, drivers will be allowed to run multiple cars – meaning that he’ll no longer have to decide between independent front suspension (IFS) or solid axle cars. While it was his trusty solid axle buggy that propelled him to victory at the King of the Hammers, Loren is looking forward to running a lighter, faster IFS car at the short course tracks where rock-crawling is not at a premium.

If there’s one thing Loren regrets about where he built his home, it’s that it sits on a lot that isn’t big enough to build a separate free-standing garage on. Instead, he finds himself having to make the trek up to Cortez, Colorado, the home of the Jimmy’s 4×4 Off-Road shop. It is here that the buggies of fellow teammates Derek West and Nick Nelson are also built (but worked on at their respective homes).

Loren and co-driver Casey begin the tedious work of tearing down the buggy which propelled him to victory at the King of the Hammers. The dirt and battle scars still show and nearly 100 man hours will go in to prepping this buggy for the next event. Replacing a busted radiator, draining all the fluids, and checking all the wiring are just a few of the tasks on today’s check-list.

Having to drive up to the Jimmy’s shop isn’t all that bad though. Owned and operated by Randy Rodd, Loren is part of a close-knit team that is willing to lend a helping hand wherever needed. Come lunchtime, the entire shop heads out to Pepperhead, a southwestern-style restaurant that is truly a hidden gem. Loren and Randy swap stories about their experiences at the Hammers and how they approached the different obstacles, which was often followed by a good laugh.

Back at the shop, work on the car continues for a few more hours before Loren has to call it a day in order to make the three-hour trek up to Moab, Utah to drop off a trailer. It’s shaping up to be another 20 hour day but as the saying goes, “You’ve got to work hard, to play hard.”

Be sure to catch Loren at the next Ultra4 series event April 5th in Hot Springs, Arkansas. 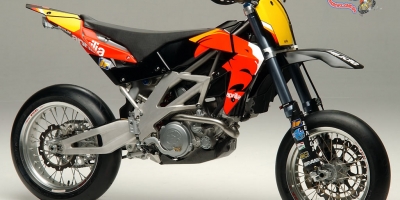